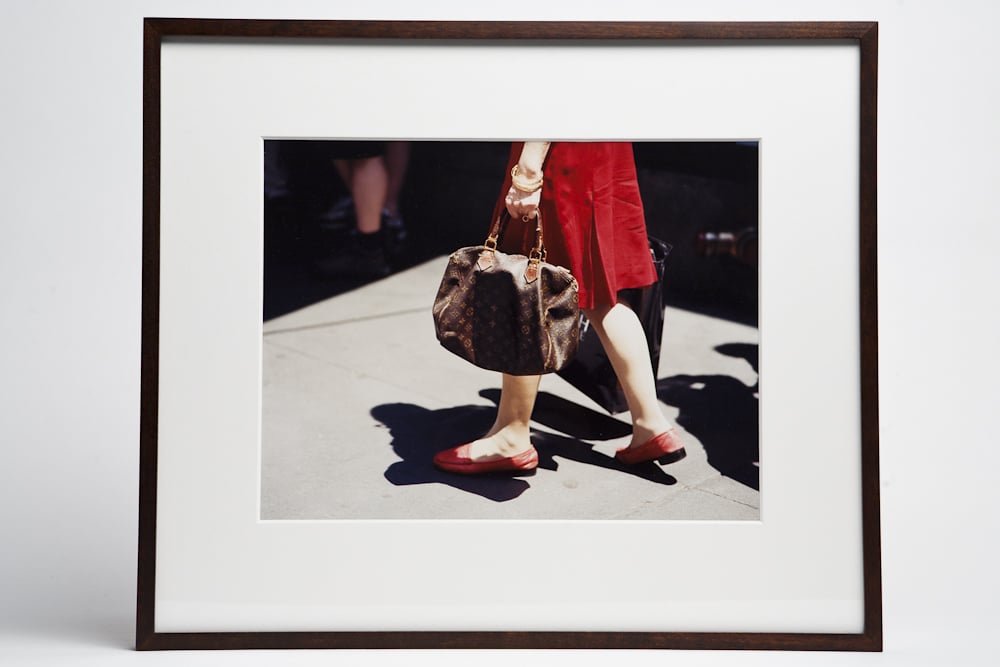 This edition was produced to coincide with the group exhibition, Pete and Repeat, Zabludowicz Collection, London, 23 September - 13 December 2009.

Viktoria Binschtok turns her camera lens towards our common public and commercial space. She observes quotidian, collective behavioural patterns that go unnoticed most of the time. Binschtok’s iconic work ‘-LVNY-’ (2004) is a series of 11 photographs shot on the streets of New York, capturing a small part of the hundreds of women who carry Louis Vuitton handbags. Shot in the passing, the photographs don’t concern themselves with the women’s identity. As singular photographs they would not seem to be more than coincidental snapshots, yet by producing a series of photographs, Binschtok points to the city’s accumulation of replicas of the once uniquely expensive brand Vuitton. She humorously raises questions around class, authenticity and contemporary desires by which we fetishize both the original and copy. The ubiquitous brown LV monogram print, whether featured on a genuine article or a counterfeit, transcends the different demographics, races and fashions of the people carrying them.