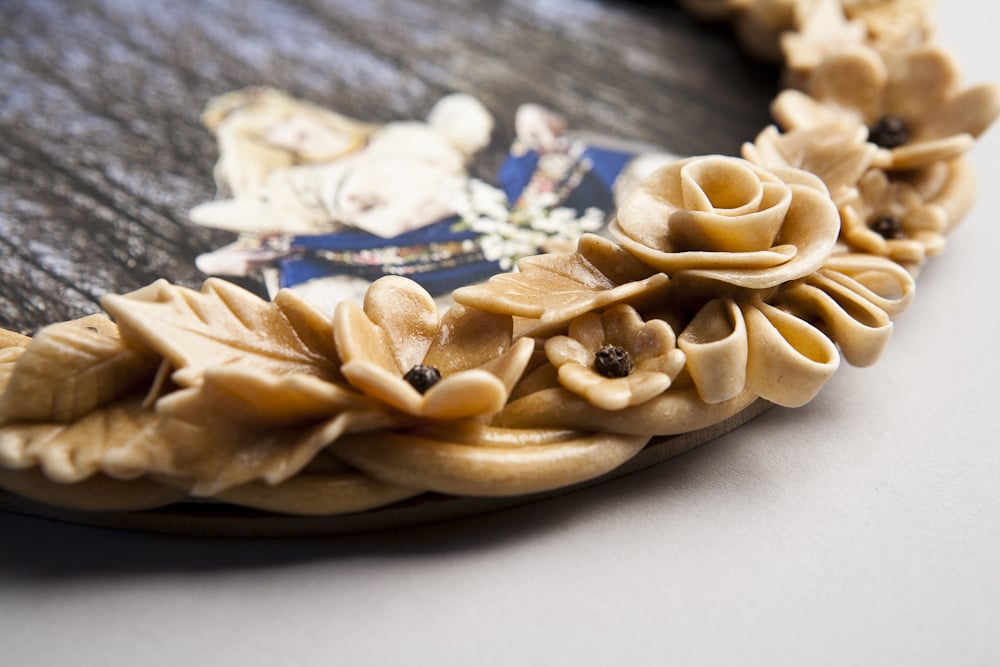 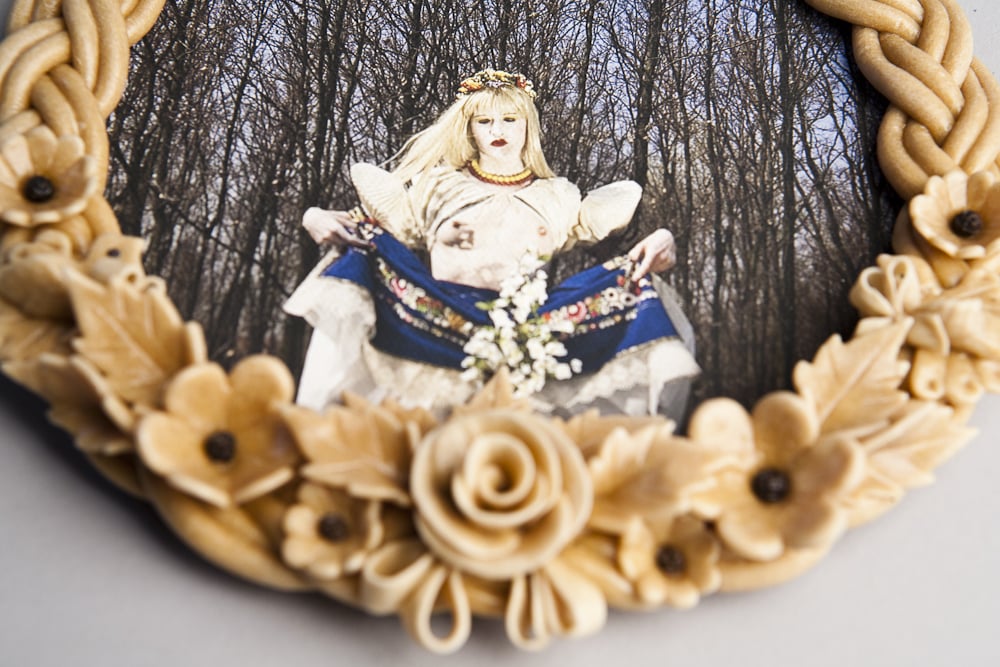 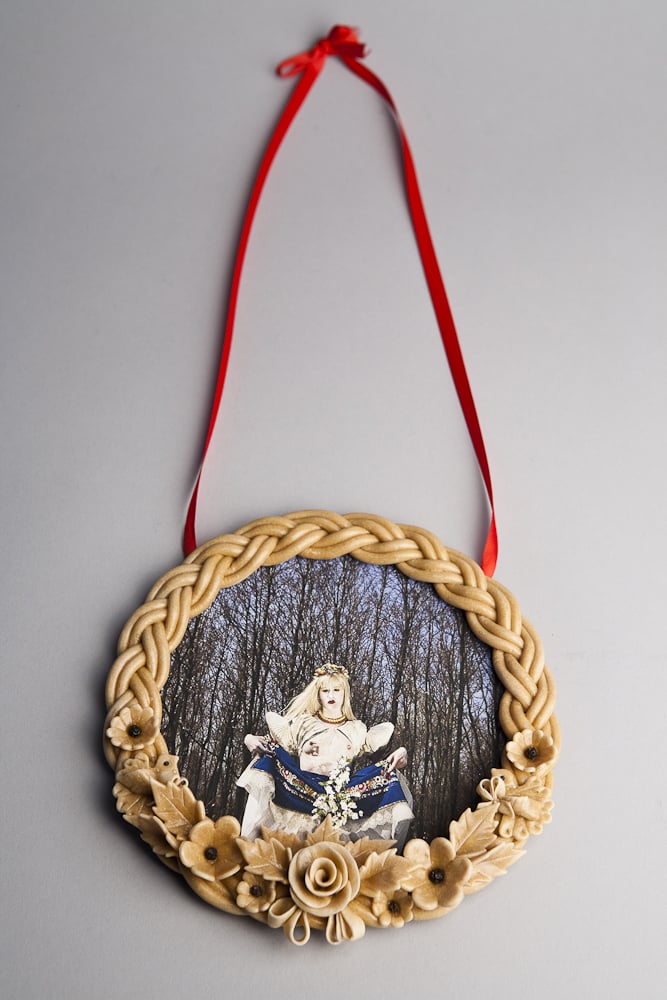 Produced to coincide with the group exhibition, A Tradition I Do Not Mean To Break, Zabludowicz Collection, London, 09 July- 16 August 2009.

The rituals that inspire Tereza Bušková's work have been absorbed into contemporary Czech society as playful and familiar practices, but their ostensible innocence belies an origin in pagan celebrations and a fundamental erotic charge. Implements such as the pomlázka, a willow and ribbon whip with which boys beat young girls' legs in order to chase the negative energies of winter, are vestiges of the sexualised practices that have evolved into contemporary mannered rituals. Likewise, traditional dress does not hold its power from its pleasing aesthetics alone; it is also imbued with meaning and a symbolic capacity to facilitate the transition from a season of struggle and scarcity to one of rebirth and abundance. Bušková draws attention to this subtext by mirroring rituals performed by the people of Ratiškovice with her own stylised fantasies.