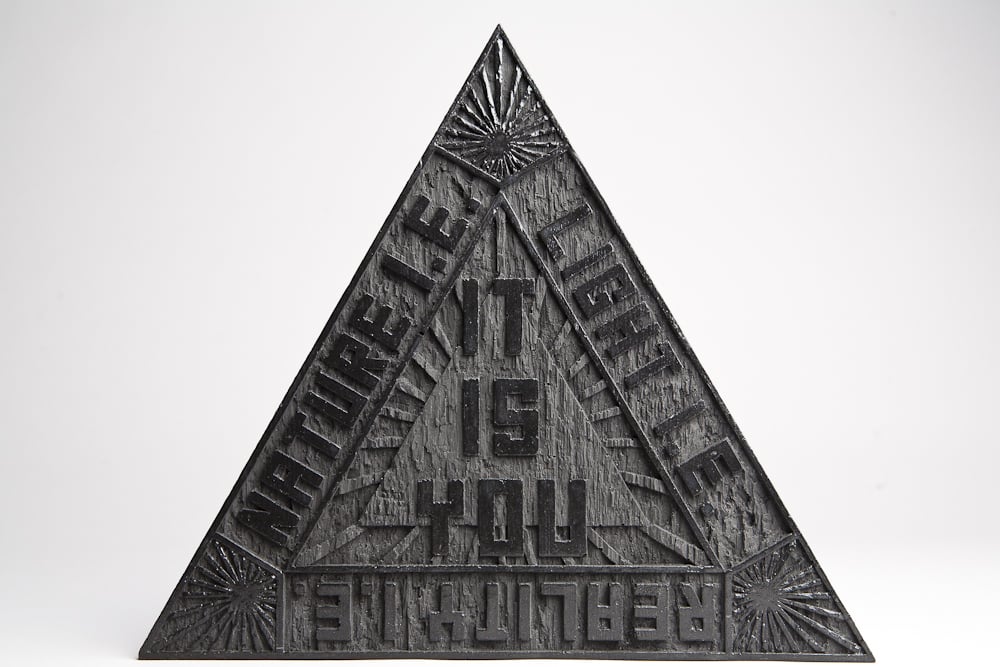 Mark Titchner creates sculptures and installations in which sound, text, image and a sense of physical space compete for the audience's attention. Using the faceless language of global corporations and political propaganda, Titchner feeds our desire to find significance in everything we encounter, but saturates his work with so many layers of contributing and conflicting meaning that no single maxim retains full credibility. When We Build Let Us Think That We Build Forever is a cave-like installation with flickering video works, dramatic looming sculptures and an echoing, hypnotic soundtrack. References that inform the installation include the novel A Clockwork Orange – in particular the connection between classical music and acts of violence – and an observation of the similarity between torture devices used during the Spanish Civil War and modernist aesthetics.