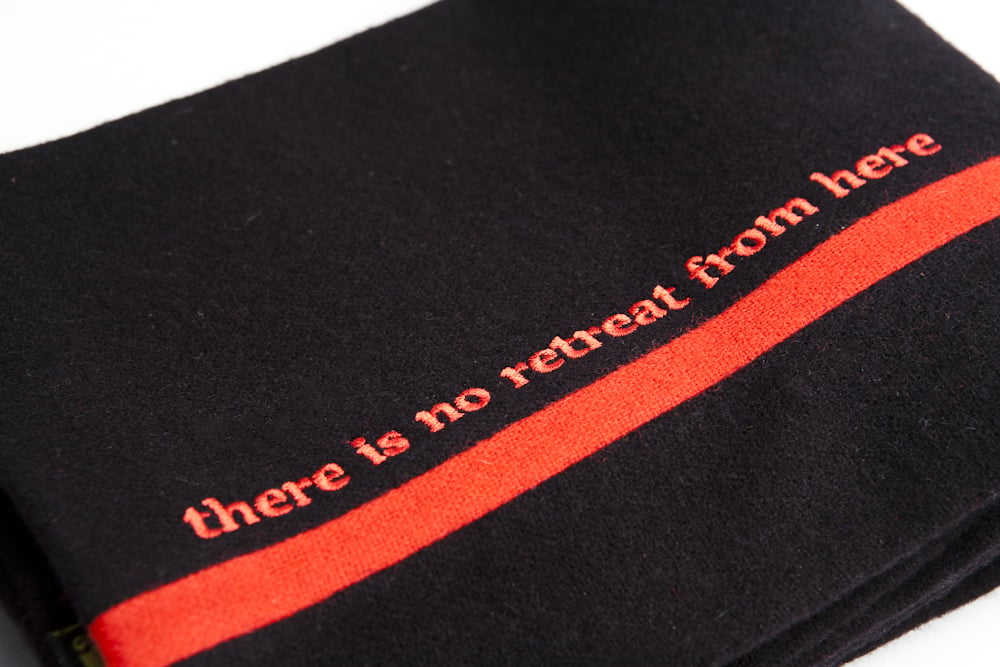 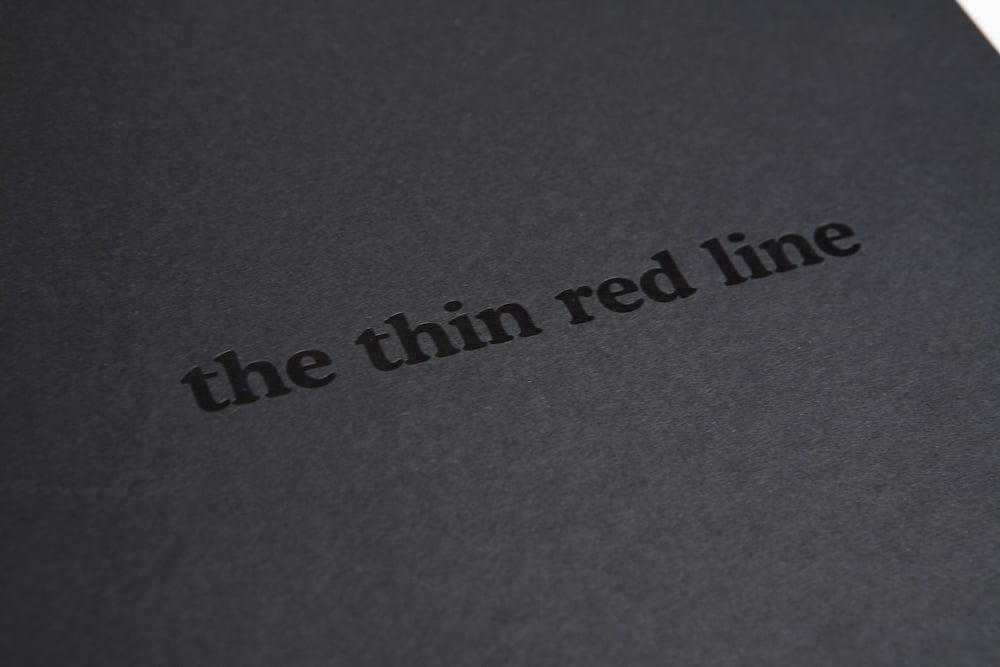 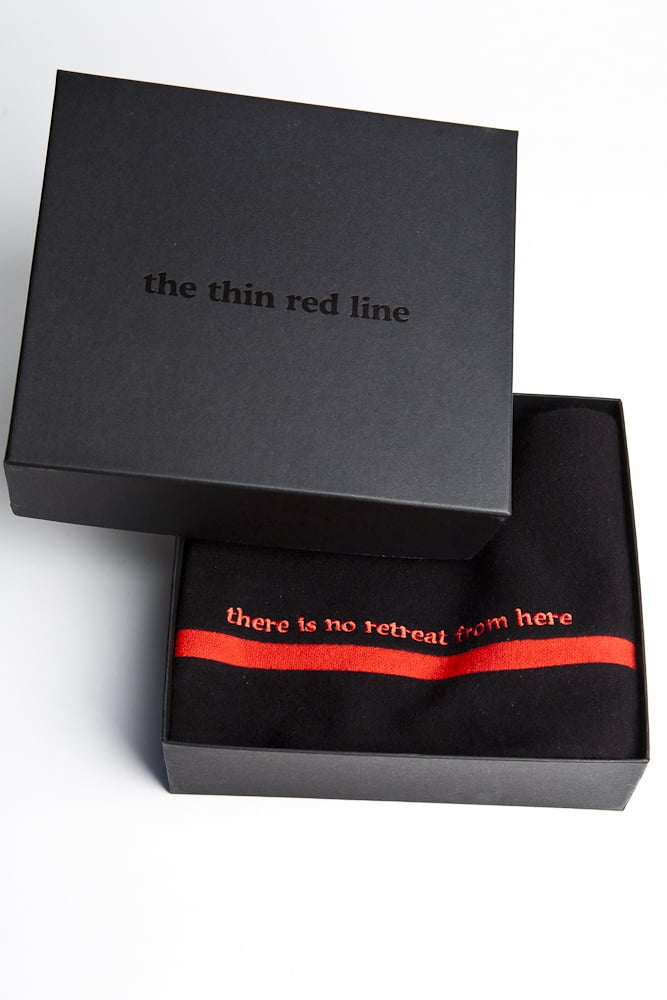 Based on the traditional Oxbridge academic scarf, ‘The thin red line’ is for those who stand their ground, a sartorial symbol of defiance.

The scarf embodies the form of a thin red line, and the embroidered motto refers to the origins of the title. The phrase ‘the thin red line’ derives from the Crimean War, when during the Battle of Balaclava on 25th October 1854 the heavily depleted British Army’s 93rd regiment faced a Russian cavalry charge with a line of men only two deep instead of the conventional four. The soldiers were led by Sir Colin Campbell, who is said to have told his men ’There is no retreat from here, men. You must die where you stand’.

This edition was produced specially for the exhibition, Past-Forward, Zabludowicz Collection, London, 15 May - 03 August 2008.

The installation, moving image and performance work of Iain Forsyth & Jane Pollard is concerned with relationship between art and music and within that the associations between 'fan' and 'star'. They often reinterpret seminal performances and video works by both artists and musicians.