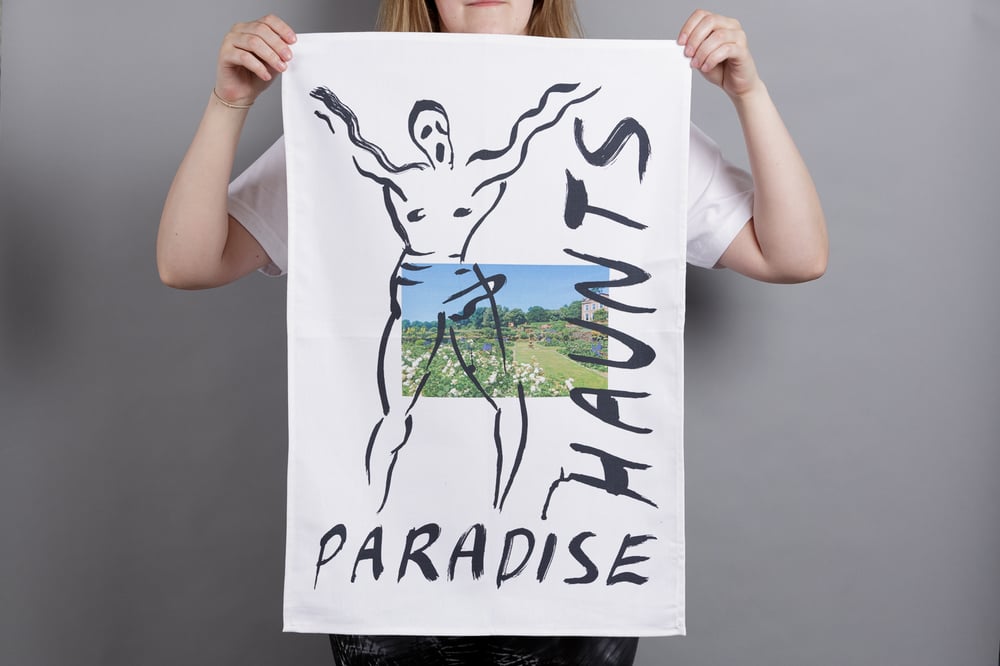 Simon Bayliss’ tea towel design was conceived during an artist residency at Hestercombe, a landscape garden and historic country house gallery in rural Somerset. Simon spent much of his time roaming the 18th century gardens, responding to the setting through painting en plein air and writing poetry. During the residency Simon explored the theme of Arcadia within queer literature and film, as a pastoral utopia away from the scrutiny of society. The phrase ‘Paradise Haunts’ comes from a remark by filmmaker Derek Jarman, who said ‘paradise haunts gardens and it haunts mine’, in reference to his famous shingle garden on the coast near Dungeness nuclear power station.