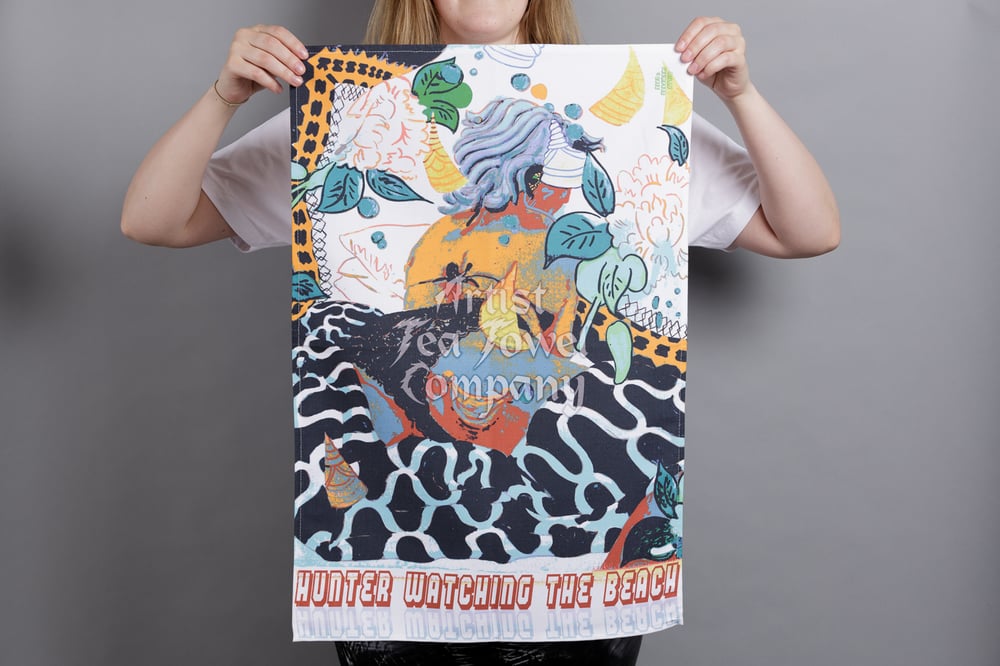 Milly Thompson’s design originates from a painting made for her recent exhibition Cougar at Westminster Waste gallery. Much of the work in the exhibition, including the image used in the tea towel, depict older women at leisure on exotic beaches, in a carefree, unselfconscious state of déshabillée. Through schematic compositions and saturated colours, the imagery reflects Milly’s interests in fashion and commodity, and the representation of women in art. The use of the Artist Tea Towel Company logo as a watermark reveals the artist’s ideas about branding and image ownership.