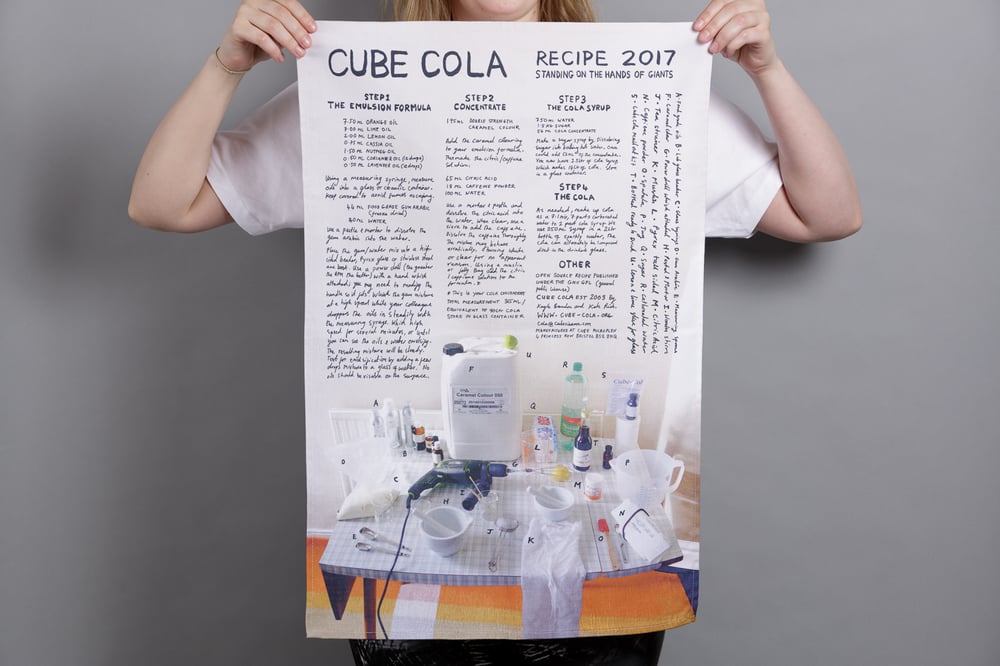 Cube Cola is an artist organisation investigating the political and social aspects of Coke manufacture. The tea towel design features a recipe the artists have developed from an open source on the internet. It took Cube Cola two years of laboratory experiments using various scientific and home-cookery techniques to get the formula to work consistently. The tea towel shows the equipment involved in the process, which on a domestic scale is labour-intensive and somewhat absurd, demonstrating both the rebellious and futile aspects of contending with global corporations.

Cube-Cola is formed of artists Kayle Brandon and Kate Rich. The organisation originated from a public experiment at the Cube Cinema in Bristol, UK, in 2003. They have gone on to produce cola as concentrate, for sale via their website, and bottled for distribution around Bristol and its extended social networks. They have provided training and ingredients for bottled Bad Cola in collaboration with artist drink manufacturer Company Drinks, and host regular cola making workshops at public art institutions across the UK and internationally.