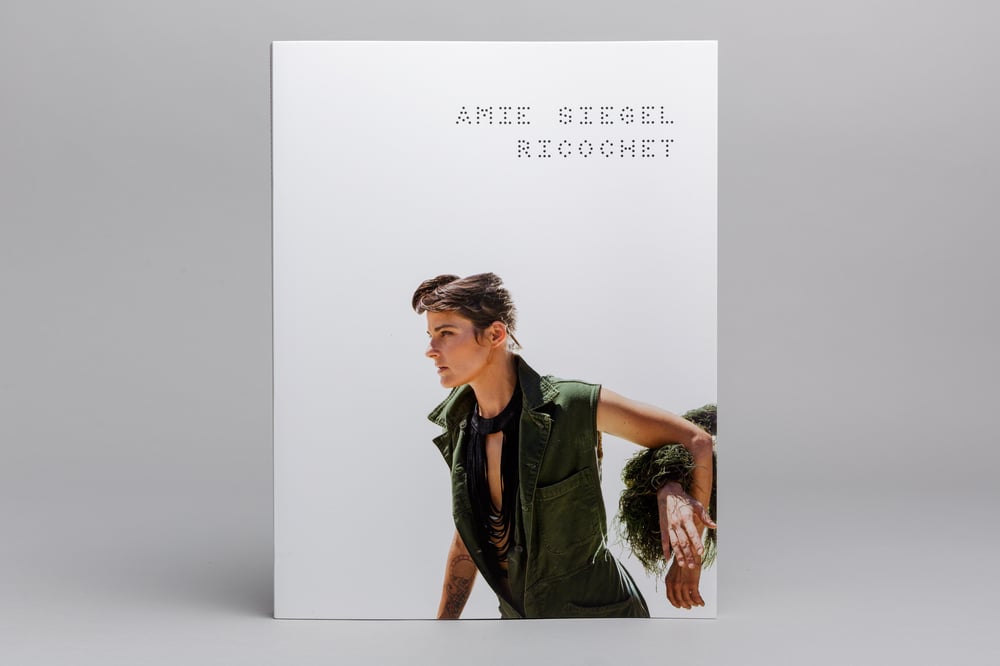 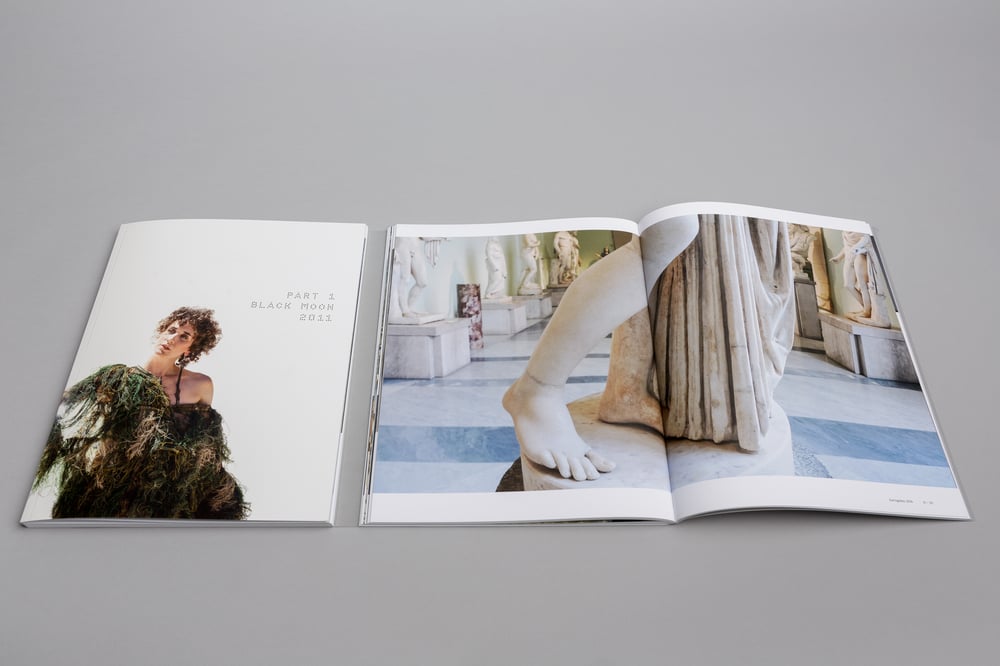 In 2011 and 2016 Kunstmuseum Stuttgart presented the work of Amie Siegel in two solo exhibitions, Black Moon and Ricochet. The two exhibitions, including performance, video, and works on paper, were separated by five years yet conceived as a single exhibition unfolding over time under the umbrella title, Ricochet. The visual motifs and ideas reflected between the double exhibition format assumes its final translation in the exhibition catalogue. Instead of combining both presentations in a single publication, Siegel, together with graphic designer Kerstin Riedel, created two mirrored books which are, however, bound together into one volume. Opening the catalogue reveals two double spreads that offer multiple possibilities to combine the illustrations of Siegel's artworks. This unique catalogue elaborates on the thematic contrast across the exhibitions — the archaeology of cinema, image provenance, psychoanalysis and economies of gender — to further involve the reader's associative participation.